Australian police say they have arrested a 24-year-old man for allegedly making and selling a hacking tool used by domestic violence offenders and child sex offenders to to spy on unsuspecting victims. 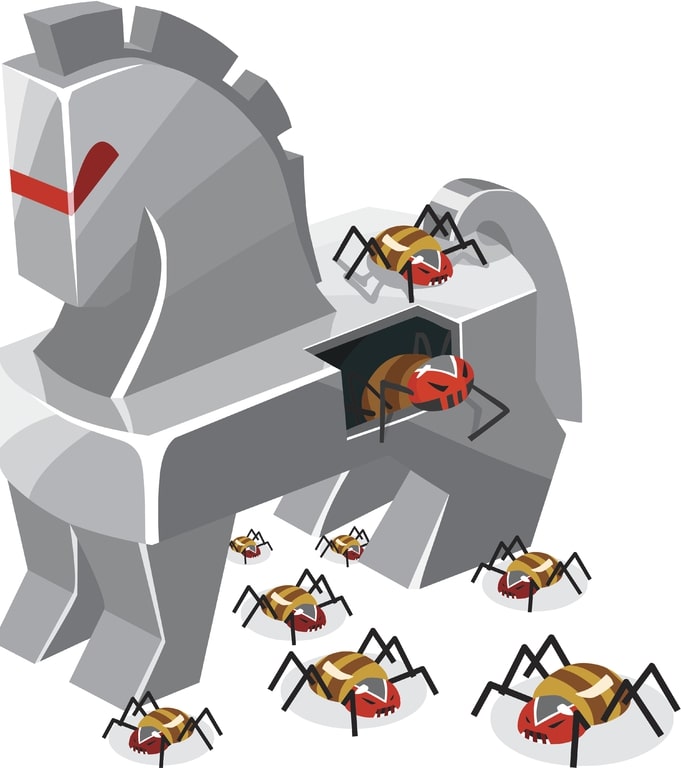 A trojan virus, like the deceptive wooden Trojan horse, can attack an unsuspecting victim under the guise of a legitimate program – usually packaged within a phishing email or text. (Image: Starkus01, Wikimedia, License)Jacob Wayne John Keen was 15 years old when he allegedly created a remote access trojan (RAT), which once installed on a victim’s computer, usually through phishing scams, could give the intruder control of the infected computer; steal their personal information or spy on them by turning on webcams and microphones – all without their knowledge.

While it is not against the law to purchase a trojan virus, it is a crime to install it on a victim’s computer without their consent, the police statement said.

According to Australian police, a “statistically high” number of 201 identified Australian-based buyers of the virus were also listed as respondents to domestic violence orders.

In addition, one of the buyers was registered as a juvenile sex offender.

Keen is due to appear in the Brisbane magistrates court on August 19 to face six charges over his alleged role in the RAT scheme.

Keen managed the trojan virus from 2013 until it was taken down by authorities in 2019. The shutdown was prompted by an investigation launched in 2017, when the FBI and a California-based cybersecurity company tipped off authorities. in Australia of a suspicious RAT malware.

The tip sparked international operations, including more than a dozen European law enforcement agencies, resulting in more than 400 devices being seized and 13 RAT users being arrested worldwide.

Police have identified 44 victims in Australia, and say there are tens of thousands of victims worldwide.

The female mathematicians who made calculations for U.S. military