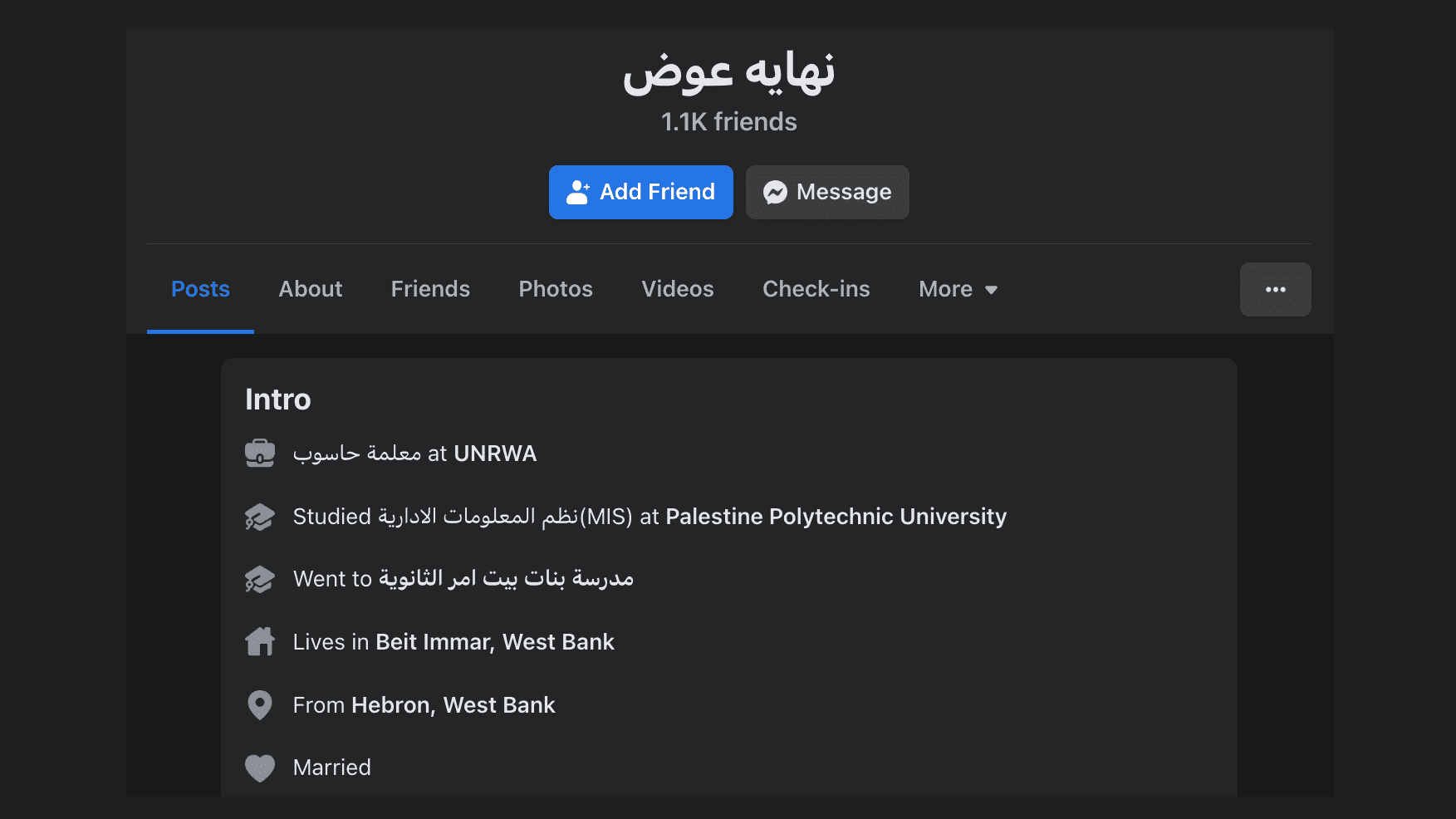 Nihaya Awad listed himself as an employee of UNRWA. She also posted a letter of thanks signed by UNRWA Affairs Director Gwynn Lewis and a Certificate of Appreciation from UNRWA confirming her status as a UNRWA employee, as well as a photo of herself holding on the certificate. He endorsed Hamas and incited children to violence. 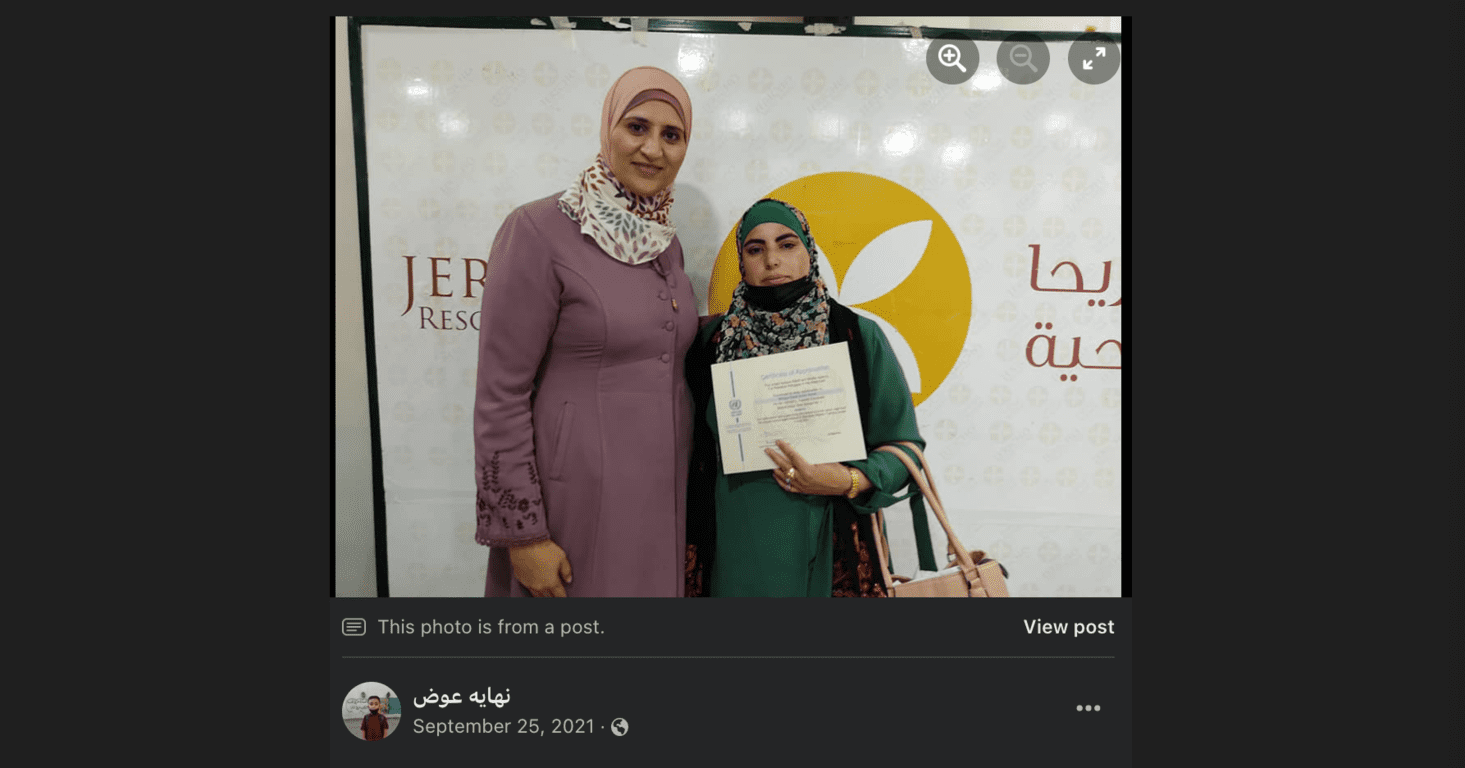 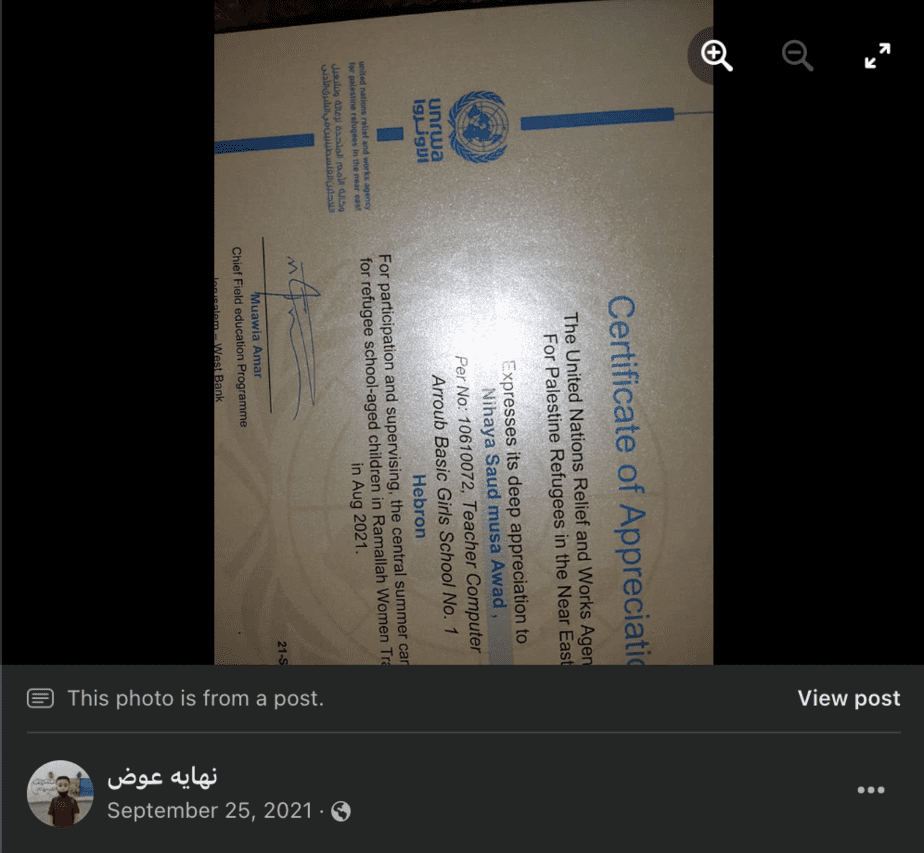 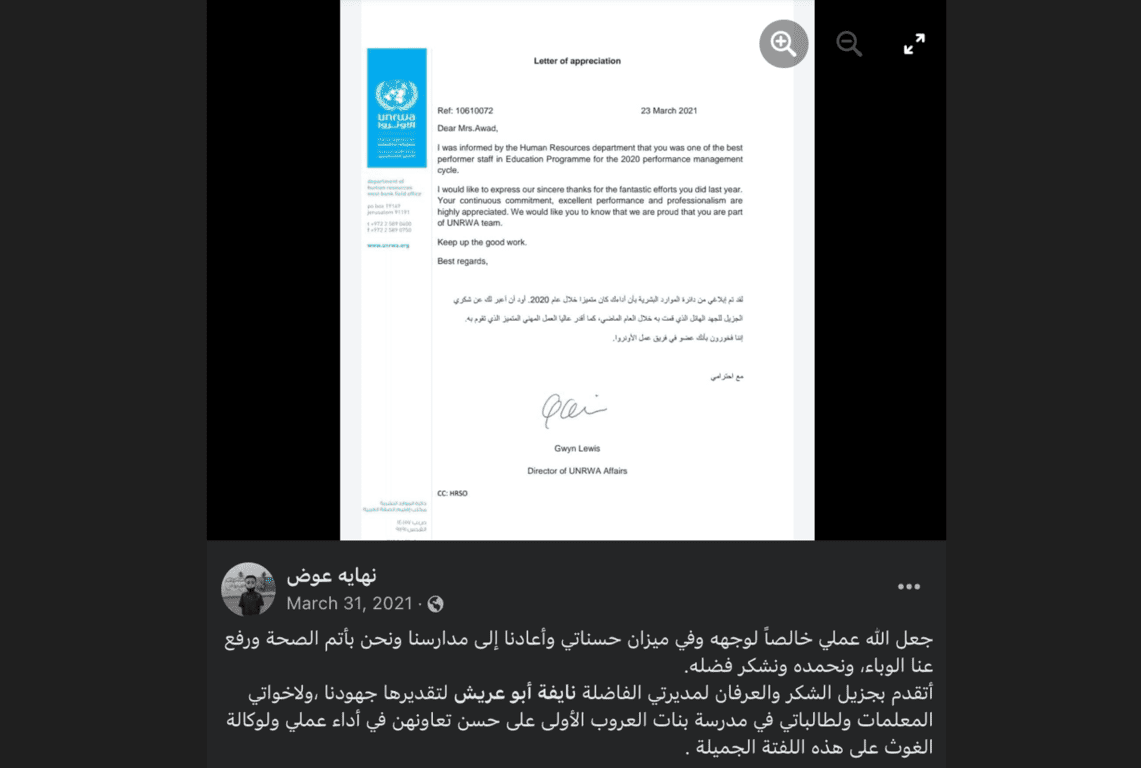 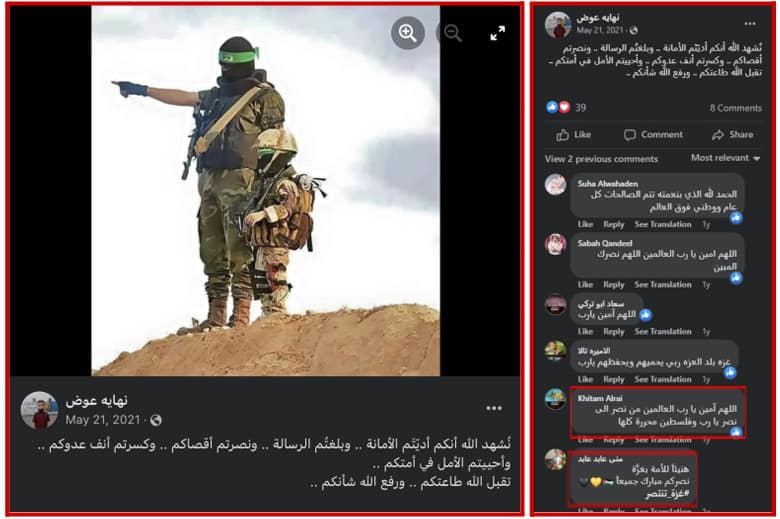 This post congratulating Hamas on its victory was published after the May 2021 war when Hamas fired 4,000 rockets at Israeli civilians. The post endorses Hamas and incites children to violence with the image of a Hamas militant in uniform pointing at a child, who is also in Hamas uniform. Both are armed. The militant focused on the sky, likely towards Israel. The image encourages the exploitation of children as child soldiers, which is a form of child abuse and a violation of international law.

In a companion text, Awad congratulated and praised Hamas, and that is how his Facebook friends understood the post. One commented: “Hello people of Gaza, Blessed victory.” Another writes: “In the name of Allah, successive victories, Palestine will be completely liberated.”

How fixing someone else’s problem broke my computer